A Sanctuary of Green in a Charred Landscape 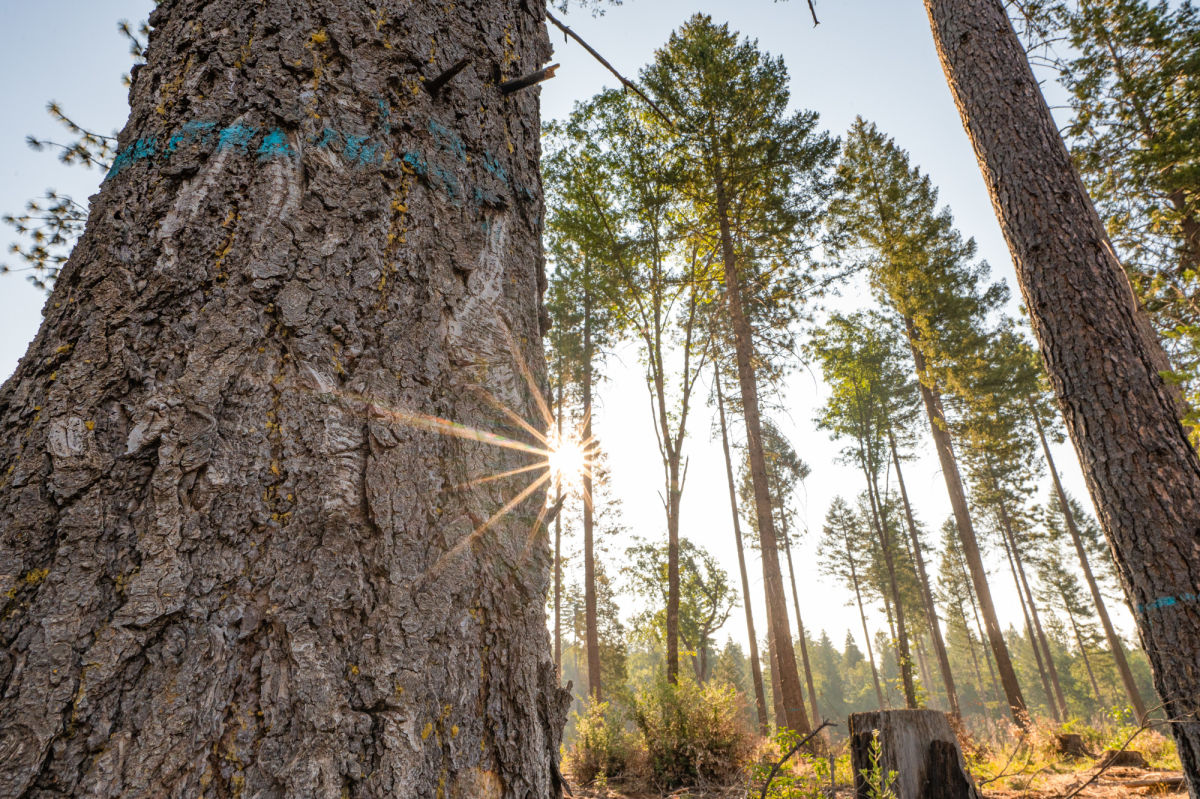 In 2021, when the Dixie Wildfire ravaged northern California, Sutter and Taylor Rodger’s forest became one of the few places in their community where stands of green trees remained.

"The forest service side is black; not a tree left,” Sutter described the Plumas National Forest land adjacent to her property. “So we feel really lucky. It’s a little sanctuary up here. There was a lot of burning, but we still have green trees.”

The small sanctuary of Sutter’s property––Coppercreek Camp––isn’t by luck. Instead, it’s thanks to her family’s proactive effort to manage their forestland and the support of the American Forest Foundation’s My Sierra Woods Program.

For more than 40 years, AFF has been supporting private forest landowners and helping them overcome management barriers. “Most landowners know they want something done, but they’ve heard it’s expensive, and you have to trust who is coming on your property. So getting started can be intimidating,” admits Chantz Joyce, AFF’s California Conservation Manager and Registered Professional Forester.

When Sutter Rogers and her husband Taylor took ownership, they knew they couldn’t leave their forests’ health to chance. Looking back, they’re thankful they found a partner in AFF and the My Sierra Woods Program.

Sutter knew the risk of a fire devastating Coppercreek Camp wasn’t a matter of if but when, but she and Taylor were concerned they wouldn’t be able to afford the necessary work. So after making a few calls, the couple connected with American Forest Foundation and their My Sierra Woods program.

“The My Sierra Woods program allowed us to use mechanical labor from a local business. That made thinning our entire forest a quicker and easier job,” described Sutter. “With mechanical labor, we were really able to treat a majority of the property quickly, rather than taking years to do it by hand.”

“There are many options for forest owners, both state and federal resources,” explains Chantz Joyce, AFF’s California Conservation Manager and a Professional Forester. “We recognize it’s not an easy process to find those resources and access them. That’s where we come in––our program coordinates the agencies and experts. We smooth out the process, so it’s streamlined, which often helps minimize the cost along the way.”

My Sierra Woods was created in 2017 by AFF, in partnership with CAL FIRE and the California Tree Farm Program. The goal of the project is to build a pipeline of private landowners interested in reducing fire risk and restoring forest health, and providing resources to help them take action.

The My Sierra Woods program helped Sutter and Taylor improve more than 100 acres of forest. Add the 40 acres they treated through California’s Natural Resources Conservation Service EQIP program, and Coppercreek Camp has only 40 acres left untreated in the summer of 2021.

According to Sutter, the difference between these management practices––and the untreated 40-ish acres––is evident in the aftermath of the Dixie Fire. The thinned areas withstood the wildfire better.

At first, the Dixie Fire didn't phase Sutter. “It would have to be a mega-fire to get to us,” Sutter recalled thinking when she heard the evacuation notice in late July. “We’ve had a lot of fire in that area before and never worried about them getting to us.”

By August 3rd, local county officials issued a new evacuation order. “This time, the wind was blowing, and the weather was extreme,” Sutter said. “We felt a shift in seriousness and decided to leave.”

Sutter, their two children, and their animals evacuated to a friend's home while Taylor––a volunteer firefighter––waited for the worst at the local fire department. The family hoped for the best but braced for the worst.

“It was too dangerous for firefighters to do anything at our property,” Sutter said. “It was the classic fire story you hear now––fire tornadoes and all of it.”

Four days later, when Sutter could safely return to the property, the smoke had cleared, uncovering the small patches of green trees at Coppercreek Camp. The plantation-style thinning worked––the trees on the outskirts of the camp remained. 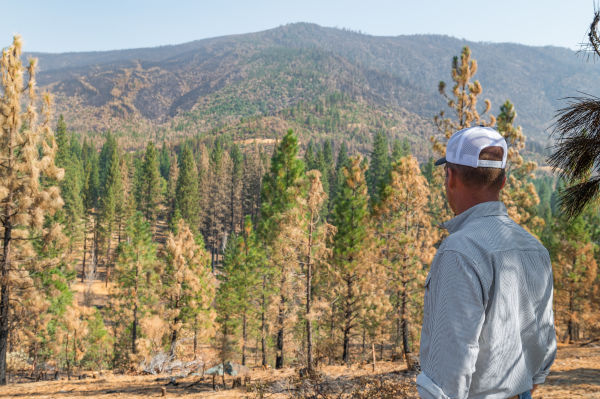 “There's another property down the street that thinned their forest. That property and ours are the only dots of green in this blackened forest. We feel lucky; we’ll rebuild,” Sutter said with an audible sigh of relief.

An Investment in the Future

“Do it now,” she insists. “Make it your top priority. We have more extreme weather, a lack of resources for firefighting, and lots of beautiful forests.”

Today, the forest around Coppercreek Camp is a sea of black spires and scorched soil. Sutter and the team at My Sierra Woods know landowners have concerns about changing their forests. But Sutter’s not shy when she talks to neighbors and forest owners about their management options.

Owning forested land – especially in the arid landscapes of California and of the rest of the western US – requires active management. “The reality is that most forest landowners need to take some action on their land,” Chantz clarifies.

“Do it now,” she insists. “Make it your top priority. We have more extreme weather, a lack of resources for firefighting, and lots of beautiful forests.”

Forestland owners in Tuolumne, California, and surrounding counties, may be eligible to participate in the My Sierra Woods Program. For more information about this program, and other forest management resources, please visit MySierraWoods.org.