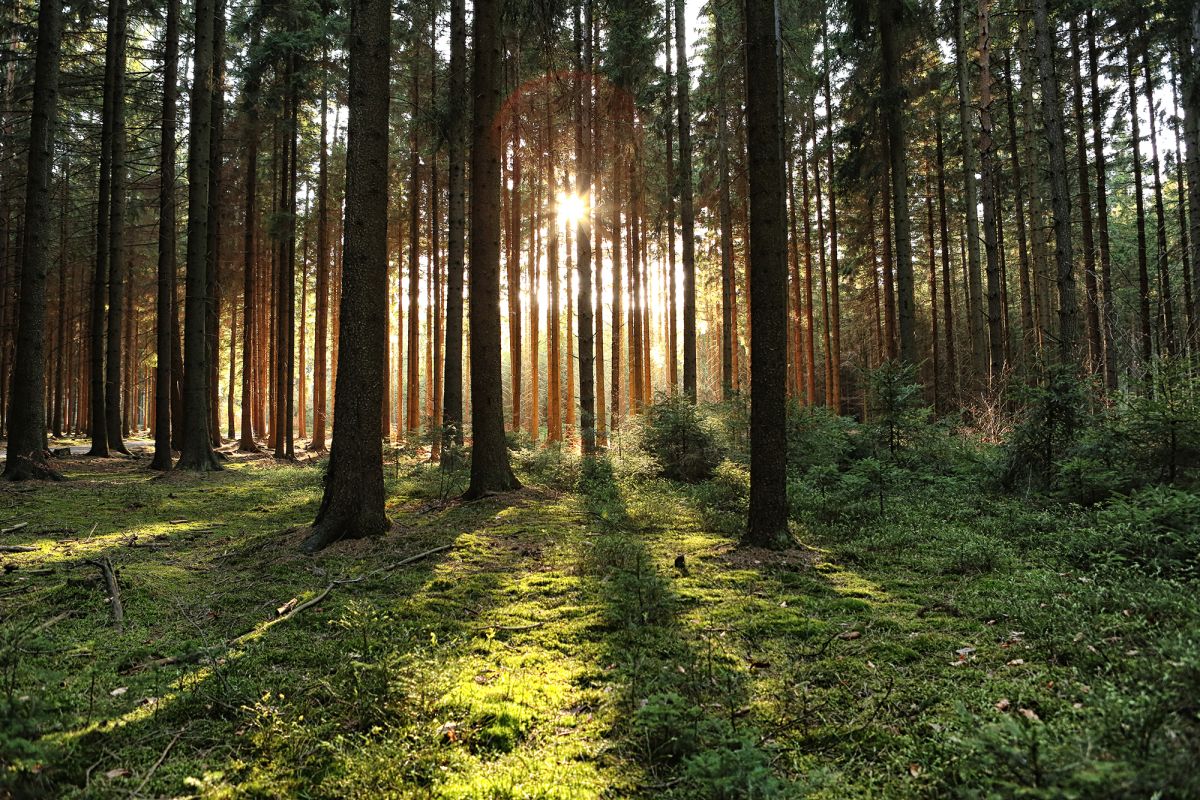 Why is Additionality Important?

Of all the concepts in the world of carbon credits, perhaps the most difficult to understand, yet critically important is ‘additionality.’

Ensuring additionality in a forest carbon project is essential to know a company’s climate investment is making a true, positive difference. Ultimately, to use a carbon credit to compensate for or neutralize the impact of the emissions arising from business operations, the carbon credit must be an ‘additional’ carbon benefit above and beyond what would have happened anyway, for it to authentically meet a company’s net-zero goals.

The American Forest Foundation (AFF), with our partner The Nature Conservancy (TNC), are actively working to create a program, the Family Forest Carbon Program, that is providing the most credible and transparent climate benefit possible to companies, given the knowledge and data existing today, in order for them to meet their net-zero goals.

Furthermore, we believe we must work as a community of project developers, standards, verifiers, buyers and stakeholders to continually 'raise the bar' for what constitutes a credible carbon credit.  Given the urgency of the climate crisis, the world cannot afford to wait for absolute certitude. However, we can substantially benefit from decisions made based on sound theory, science, and continually evolving methods in response to scientific progresses.

How Should You Think About Additionality?

For companies new to carbon credits, here is a conceptual framework and considerations on how to think of additionality:

This basic concept may seem straight-forward, but details matter, and demonstrating additionality is complex. Or, as the Oxford Principles for Net-Zero Aligned Carbon Offsetting state:

“Additionality can be difficult to determine and verify, and ultimately involves some degree of subjectivity since the counterfactual world in which the offsetting was not performed cannot be observed directly.”

Demonstrating additionality is not a laboratory test that will return a positive or negative result. Rather, it is a review of existing evidence and data that should be weighed and considered.

For the Family Forest Carbon Program, we require landowners to implement climate-friendly forest practices that scientifically produce carbon. This is different than some traditional carbon projects that simply measure the carbon that exists in a forest and its increase over time. Asking landowners to implement a new practice in and of itself, helps the carbon generated to be additional.

But there is more that should be considered. Specifically, we review data related to: 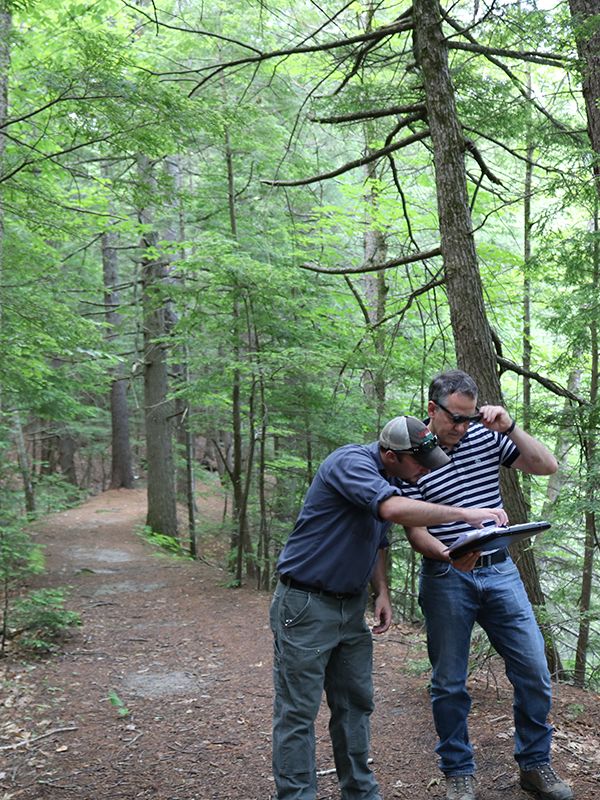 One piece of evidence that is often mistakenly emphasized is intentionality.  You have likely read a news story on forest carbon projects in which the landowner receiving funds from the project, states they are getting paid to do something they wanted to do anyway.  While the story may look like it has presented evidence that proves the project isn’t producing additional carbon, intention does not always equal behavior.

Based on our decades of experience and research at AFF, we know landowners want to do right by their land and many have this desire early on in their forest ownership. For example, in an AFF survey, 86% agreed or strongly agreed that they want their lands to stay wooded.

We also know from research conducted by AFF and the U.S. Forest Service, that most landowners run into roadblocks to being able to fulfill these goals. The most common roadblock to action is cost. The second, is having the technical forestry expertise to know what to do. While landowners want to improve the forest, most cannot afford to do so, nor do they know how.

There is also existing data that shows when landowners cut trees, they overharvest, even though they do not intend to. Typically, an unanticipated financial need arises in their lives that causes them to liquidate their forest assets – the marriage of a child, a tuition payment, a medical procedure.  Lacking access to other sources of income, they harvest more than they would have otherwise wanted.  This is business-as-usual in most regions of the U.S.

When a landowner signs a contract with the Family Forest Carbon Program, it adjusts their behavior, regardless of their intentions.  First, it provides them with a steady source of cash that is not dependent on timber harvesting, reducing the need for them to harvest. Second, it legally obligates them to follow specific management guidelines for a determined period of time, with penalties for non-compliance.  Both of these adjustments contribute to additional carbon stored and sequestered in forest ecosystems.

So rather, in that news article, when a landowner says they would have done something anyways, they mean, I intended to do this anyway, but the financial resources and technical assistance of the program, helped me complete the action I desired.

All of this evidence and data surrounding additionality has influenced how we have built the Family Forest Carbon Program, most specifically within our program design.

It has also influenced our approach to our carbon methodology, where we are working to advance the integrity of a carbon credit.   This methodology is in the final stages of approval through Verra’s Verified Carbon Standard.

Stay tuned for the next piece in this series on creating a true carbon benefit - specifically on baselines.

Interested in learning more about the Family Forest Carbon Program? If you are a forest owner interested in the program, visit our landowner portal. If you are interested in certified carbon credits as part of your corporate climate strategy, please reach out to John Ringer, Director of Carbon Market Development at AFF.

Read AFF's next piece in this series on creating a true carbon benefit - specifically on baselines. 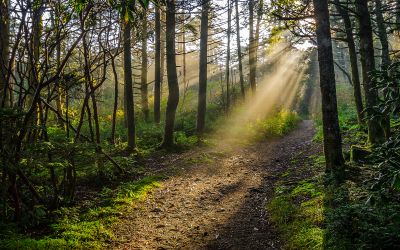 The Family Forest Carbon Program has created a new methodology, including an innovative approach to setting a baseline, similar to what is done in medical trials. 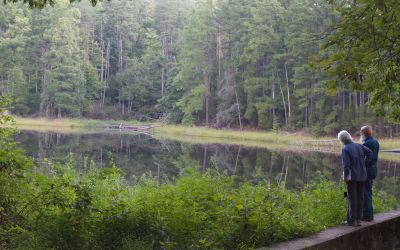 Determining a True Carbon Benefit Part 3: From Intention to Action

When measuring additionality many carbon projects ask, “Is the carbon generated from a forest carbon project because of the project or would it have happened absent the particular project or intervention?” While intention does play a role, it is often misinterpreted by those unfamiliar with the needs and behaviors of forest owners. Rather, to create a true carbon impact, a forest carbon project should factor intention into program design, yet measure real-life behavior. 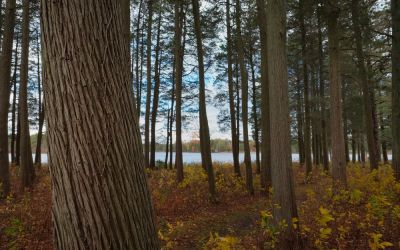 An important step to ensuring that a carbon benefit is valid is if it stands the test of time. This is called permanence, which is defined as ‘the longevity of the carbon benefit of at least 100 years.’ The Family Forest Carbon Program is working to ensure the permanence of our carbon benefit.