Filling in the Critical Data Gaps to Support the Gopher Tortoise 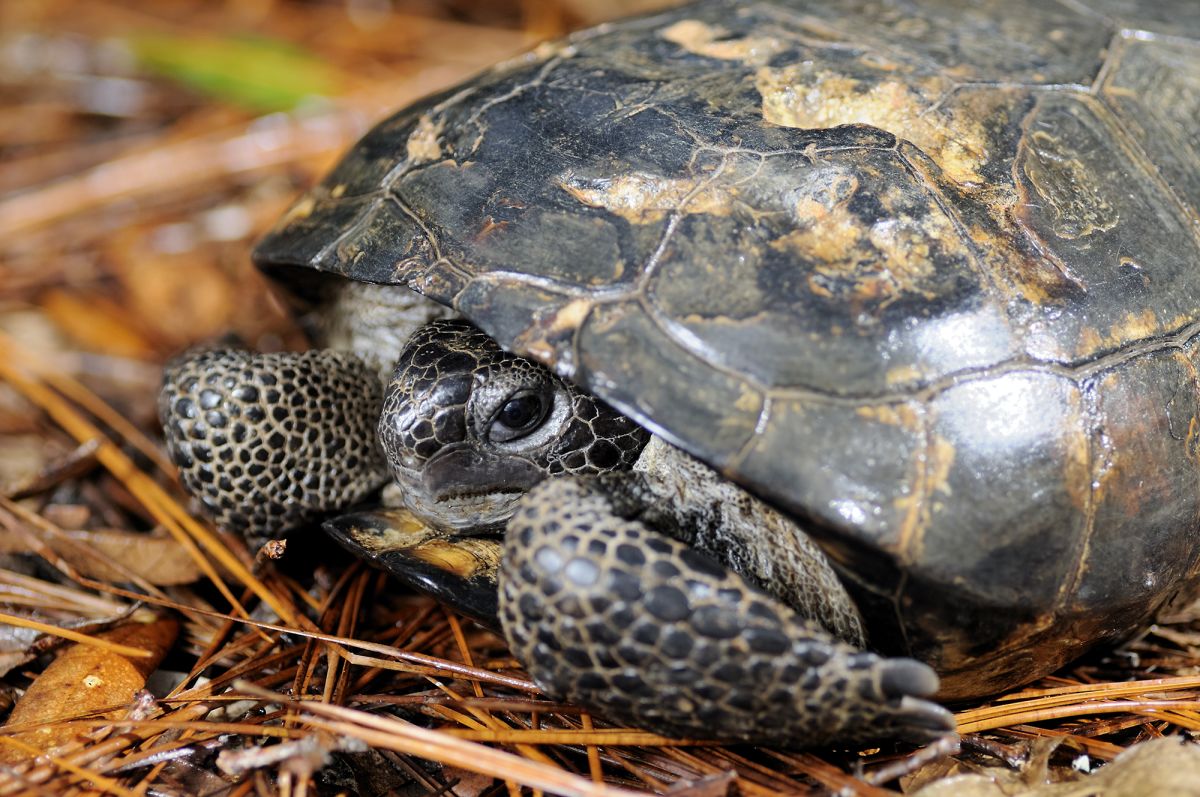 A new partnership and a comprehensive approach to species conservation is proving successful to help the gopher tortoise, thanks to the American Forest Foundation (AFF).

The gopher tortoise has historically been found from Louisiana to South Carolina down to Florida. They are often known for their burrows in the soft sandy soil of longleaf pine forests. Yet the species has been in decline, primarily due to habitat loss from urbanization and a lack of appropriate land management, such as prescribed burning. In fact, the gopher tortoise is federally listed as threatened under the Endangered Species Act (ESA) in portions of western Alabama and Louisiana and Mississippi, and now a candidate for broader federal protection across its entire range.

Already collaborative efforts among federal, state and private sectors are being made to address the loss of longleaf habitat, thanks to America’s Longleaf Restoration Initiative (ALRI). AFF has played a notable role in the ALRI initiative – helping family forest owners across the South to contribute 23,000 acres of new or improved longleaf in 2019 alone.

But improved habitat is not the only component needed to support the well-being of gopher tortoise. Much is still unknown about the actual status of the species, such as how prevalent are they are private land, what type of habitat are they currently occupying, and what is the status or health of the habitat that exists on these private land. This information can be captured through species monitoring and surveys. However, public lands, where this information is typically gathered, only encompass roughly 5-10% of the gopher range, limiting the amount of information that can be collected.

“At the Service, we want to work with private landowners to help improve habitat on their properties and potentially reduce the need to list more species,” shares Nicole Adimey, Southeast Region Coordinator for the U.S. Fish and Wildlife Service’s (USFWS) Partners for Fish and Wildlife Program. “AFF has worked with us create a program that is a win-win for conservation and family landowners.”

Private families and individuals own the remaining 90% of the forested acres across the gopher tortoise range, making them a critical component to helping the species. What’s more, family forest owners care about wildlife and want to help. Yet the majority face barriers to doing so, most notably – an uncertainty about what to do to properly manage their land for wildlife, the high cost of forest management, and a concern around regulations.

“There is a lot of great work being done to support the recovery of longleaf and the gopher tortoise, but forestry and conservation are complex,” explains Chris Erwin, Director of Southern Biodiversity and Conservation at AFF. “At AFF, we look at landowner engagement from start to finish, and figure out the barriers and the gaps along the way. Then we try to find innovative solutions that will overcome these, so we can all reach our final shared goal.”

To support the needs of gopher tortoise, AFF developed a new partnership with the USFWS Partners for Fish & Wildlife Program and put in place a comprehensive program that mutually supports the landowner and species conservation.

To begin, AFF is identifying landowners with existing or potential longleaf habitat. These owners are then connected with the resources, both professional and financial, they need to improve or expand their longleaf pine habitat. Then taking a step further, landowners sign a voluntary agreement with AFF and the USFWS and grant permission to biologists to access their land for habitat improvement and necessary monitoring and surveys.  In return, participants are granted assurance that future regulations will not be imposed on their property should a species be listed during the life of their landowner agreement.

“Our partnership with AFF has been an excellent opportunity for both our organizations to assist family-owned forests in an easy, efficient manner.  We want to help families and wildlife – and are open to new ideas,” shares Adimey. “Working with AFF, we have created a program that is focused on the needs of the landowner that results in long-term sustainable forests and wildlife benefits.”

To date, the AFF/USFWS partnership has worked directly with landowners to improve 1,445 acres of longleaf habitat and has completed species surveys across 1,195 acres of family land. On top of this, AFF was able to facilitate additional gopher tortoise surveys across 9,930 acres, thanks to other partnerships. This success has led AFF and the USFWS to expand the partnership, offering support and regulatory assurances to landowners, in return for improved habitat and ability to monitor other federally listed and at-risk species, across six states, including Alabama, Georgia, Tennessee, South Carolina, Florida and Mississippi.

Later this year, the USFWS will determine if the gopher tortoise should be federally listed in its remaining range across Alabama, Florida, Georgia, and South Carolina. The data from working with family-owned forests is helping the USFWS make a more informed decision regarding the listing of the gopher tortoise.

More importantly, this partnership is showcasing the positive impacts that a private and public partnership can have on conservation.  Bringing family forest owners into the fold to help with habitat improvement and data collection on a voluntary basis can, and is, an effective path forward to species recovery.

If you are interested in learning more or partnering with AFF on species and biodiversity in the South, contact us at info@forestfoundation.org. 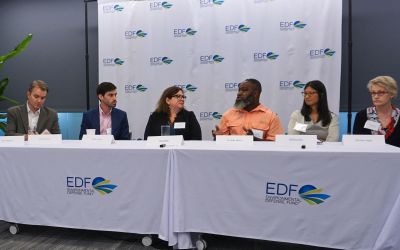 This year’s Climate Week brought together global climate leaders from business, government, NGOs and civil society with the theme of “Getting It Done.” Here are three important themes we identified for investors and corporate buyers. 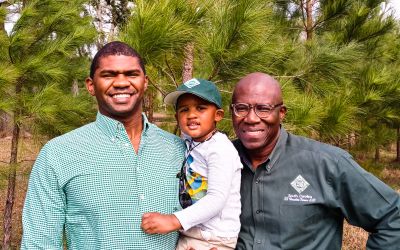 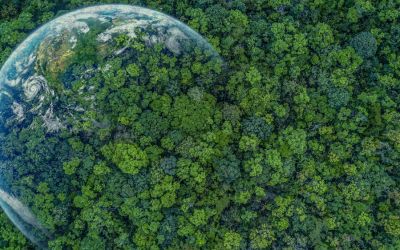 Not All Carbon Programs Are Created Equal: Advancing the Integrity of Offsets

The team behind the Family Forest Carbon Program is committed to driving real, measurable impact on climate change through family forests.