Giving Landowners the Right Resources and Tools to Manage their Forests

Landowners want to do right by their land, but often run into barriers. In the Southern Wildlife at Risk:  Family Forest Owners Offer a Solution report - being unsure of what to do, finding the right professionals and programs to assist them, and cost can often stop family forest owners from taking action to improve their property. The American Forest Foundation (AFF) is working to help break down these barriers by deploying a variety of strategies and innovations, which will ultimately increase the number of landowners actively stewarding their land.

WoodsCamp, a new tool introduced by AFF, is one of these innovations. It is helping break down barriers and expedite the process of getting started managing.

WoodsCamp provides landowners with local programs, experts and cost-assistance options that are most aligned with their goals and the conditions of their forests. On the flip side, WoodsCamp is also helping AFF and its partners to more efficiently pinpoint forest owners who might be a good fit for conservation programs focused on helping wildlife and improving clean water. 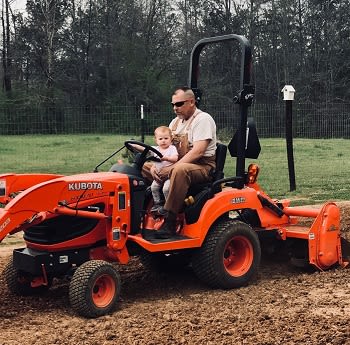 The Sims family of north Alabama experienced WoodsCamp firsthand, using the tool to help them overcome the challenges they encountered when they first moved to a large plot of land.

Edwin ‘Skeeter’ Sims and his wife Madge made their big move to 120 acres of forestland in north Alabama, after more than a dozen homes while Skeeter served 28 years in the Navy. The property had been owned by Madge’s father. Though they periodically visited there, it had virtually been left idle for years.

Skeeter and Madge wanted to be good stewards and restore it to a healthy forest; they wanted to live off it financially; and at the top of their list – they wanted to create better habitat for wildlife.

But the Sims had their work cut out for them. Several tracts of loblolly pine were mature and overgrown. They had large patches of privet and other invasive species. And their creek bed and spring were nearly dried up, due to drought and fallen oaks. These issues made many areas difficult to navigate, both for human and critter. To top it off, it had been a decade since anyone had seen a wild turkey.

Skeeter started by calling his county forester. They met several times, getting to know each other, walking the woods and discussing Skeeter’s goals. They mentally divided his property into sections, and first made an action plan to clean up his stands and make his timber more marketable. He’d need to create fire breaks, conduct prescribed burns, cut and thin the loblolly pines and tackle the privet. To cover the costs of restoring his creek bed, his forester recommended calling the local Natural Resources Conservation Services (NRCS) office and applying for cost share assistance.

Skeeter was glad to have found a trusted resource, and built a plan for his timber that would provide for him and his kids in the future. He was quickly learning it takes many resources to care for woodlands, which got him again thinking about what more he could do for wildlife.

“We really want to make the most of this incredible land – we want a section for timber and income, a section for wildlife, a section for the grandkids. But it’s hard to see how everything fits together to make sure it’s as productive as possible.” - Edwin "Skeeter" Sims

Being new to forest management, he found it difficult to wrap his head around everything. It was even harder to visualize when walking through the woods, especially given it was so overgrown and his boundaries were not clearly marked. What he needed was an aerial guideline.

He searched online for some sort of map of his property, but came up empty-handed. Then he saw a post on Facebook with an offer for WoodsCamp Alabama.

Skeeter easily found his parcel, and selected wildlife as a top interest. And to his delight the report provided a comprehensive aerial view of his property. It really helped him visualize his goals and create a more actionable plan.

A few days later, Brandon, a wildlife biologist with the National Wild Turkey Federation (NWTF) called. Brandon and NWTF were part of My Alabama Woods, a program that provides technical and financial assistance to forest owners to create better habitat for wildlife. Skeeter’s trees and soil made his property a perfect candidate for wild turkey habitat. WoodsCamp made the connection.

Skeeter was excited – advice about wildlife was what he was missing from his plans.

Brandon came and walked the property with Skeeter. He suggested additional activities that would complement his existing plan, and specifically help turkey and other birds.

Skeeter organized all these activities, using his WoodsCamp map. 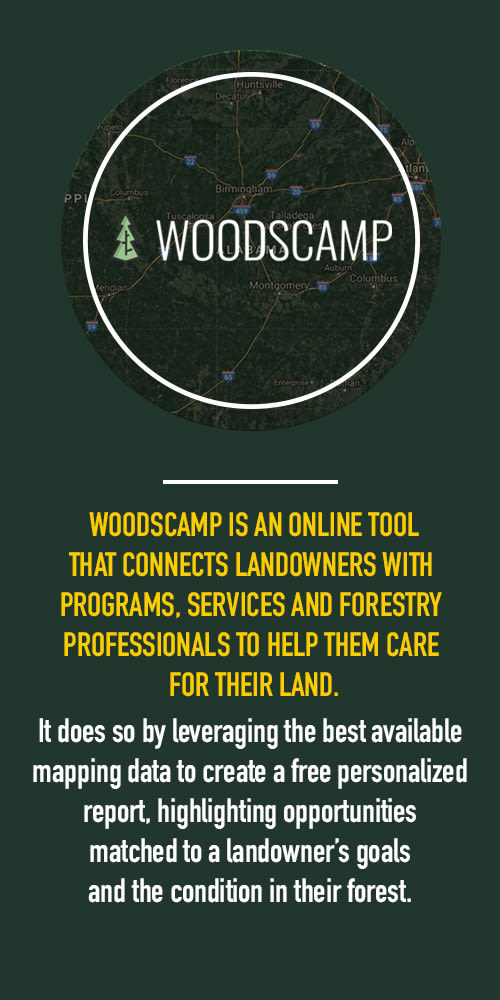 In no time at all, Skeeter and Madge, with help from their family, county forester and Brandon, began to tackle their to-do list. A harvest was conducted, grasses were planted and Skeeter bought a few goats to help control the invasives. Next up would be hand thinning and fire breaks.

Already their efforts have started paying off. Skeeter spotted the first 6 female turkeys on the property, and a wonderful surprise, a covey of 20 bobwhite quail, a species that is rare in the area, have been found in the tall grass.

Skeeter is thankful to have found the resources he needs to take care of his forest. He hopes other landowners take advantage of WoodsCamp, so that they too can get the assistance needed to be good stewards.

Learn more about WoodsCamp and how AFF is engaging more landowners in forest stewardship by investing in innovations to remove barriers and streamline the process for landowners and foresters alike. 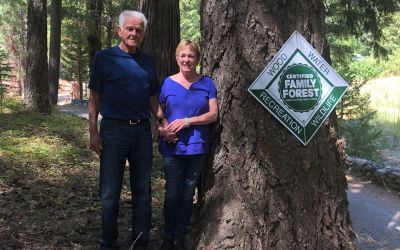 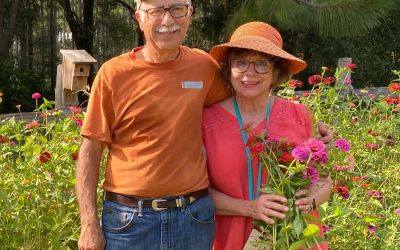 Meet the Hartman Sisters of Pennsylvania

For the Hartman sisters, Chestnut Farm is a family heirloom. Like a handmade rocking chair, or well-used quilt, it has a feeling of home and memories.